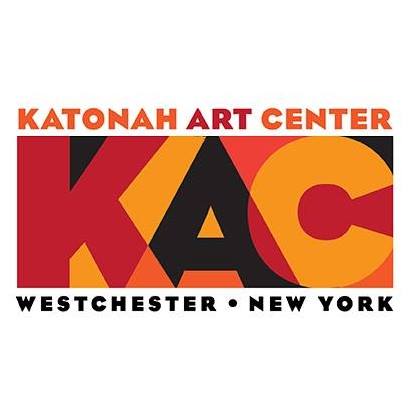 A young adult campaign in progress. If you’d like a seat at our virtual table, please email mrobin@wlsmail.org to join the waitlist.

Yes, you can have a MTG meetup in a Zoom room! Join us Wednesdays and Sundays. All you need is a deck and the right camera angle!

Now weekly and online, Open Mic offers opportunities for self expression in every imaginable way. Video yourself playing/singing/acting/reciting/dancing/ slamming/joking/monologuing/miming/what have you, then send us a link. Or send the video itself; we’ll host it on a library YouTube account. Try to keep it under 5 minutes please. Or just join as an audience member! Enjoy the videos, leave a “like” or some virtual applause.

Once you’ve signed up, every Saturday you’ll get a new list of links to surprises and delights of every stripe.

Exciting writing prompts, art activities, and inspiring virtual field trips will spark our creativity as we learn about and practice the craft of writing.

Each week will end with a performance, but this year on ZOOM.

​The goal is to carry on the culture and community of camp and keep theatrical people performing and growing their skills. The days are split by age to minimize screen time and keep them learning with their peers. There will be unstructured breaks during the camp day where the campers can connect with each other and forge new friendships.

​Our musical theatre camp teaches your camper the entire process of putting on a musical by actually producing a musical by the end of the week, virtually. Every camper is given a chance to shine and stretch their musical abilities. They’ll work on reading music, harmony, melody, choreography and blocking. We’ll teach them how to be resourceful by creating their sets, props, and costumes by using what they have readily at hand.
​
​
Teen Night Acting Camp
July 20-July 24
Ages 14+ @ 5PM-8PM
​
As most teens would rather sleep all day and seem to come out of their shells at night, this seems a fitting time to tap into their creative juices with their peers. The themes of the shows are designed specifically to deal with teen situations so they are playing their own age group and with conflicts well-known to teens. There is a performance at the end of the week.
​

​The campers participate in every aspect of the show during the course of the week with the creation of costumes, sets, and props along with learning about storytelling, script reading, character development, pantomime, improvisation, facial expression and more. Confidence building and public speaking skills are learned through theatre games focusing on proper communication skills and emotional intelligence. These skills will all culminate in the end of the week performance.
​

Learn the intricacies of music; harmony, reading music, melody, storytelling through song. This week we will focus on contemporary music. We’ll work on performing as yourself or a persona as opposed to in character and how to learn the storytelling that occurs within that. We’ll create a music video together that will be shown at the end of the week during the performance.
​

Does your camper want to sharpen their wit and ability to think on their feet? They’ll learn the techniques and rules necessary to put on short and long form improvisational scenes and shows. This helps develop the understanding of sharing a stage with other actors and learning how to be a chivalrous scene partner. Campers will work on a variety of formats, alone and in groups, developing and workshopping, plots and characters for performance.
​
​
Teen Musical Theater
July 27-July 31
Ages 14+ @ 1PM-4PM

Our musical theatre camp teaches your camper the entire process of putting on a musical by actually producing a musical by the end of the week, virtually. A bigger focus on getting out of their comfort zones, being vulnerable, risk taking, delving into character and deep exploration of emotion. This program pushes them to start becoming an actor as opposed to a performer. Every camper is given a chance to shine and stretch their musical abilities.

Curiosity is the best inspiration for writing! Together, we will explore all sorts of questions as we write, create, and discover more about the world around us.

Together we will create characters and write mythic stories, replete with magic and monsters, heroes and villains, then let the virtual adventures (and battles) begin!

Get ready to have fun and learn music!

This is an interactive musical performance that teaches melody and tempo, physical and spatial awareness, and vocabulary and counting! Kids can come away having had a fun time, and parents can come away knowing that they have learned something.

Join Thea on Tuesdays at 3:30pm to learn to create beautiful origami shapes by cutting and folding paper.  You’ll need thin paper, such as wrapping paper, and scissors.   All ages are welcome to participate.

Note: This is a virtual experience. The location was included because a location is required to publish all events at this time.

These classes are designed to encourage creativity while offering thoughtful guidance. Classes are small, so each student can get individual attention as needed. Activities include a variety of drawings, paintings, and sculptures as students learn a series of fundamental skills required to see and work as artists.

Students will create art together virtually! Each student will join a Google Classroom for a weekly video meeting where they can connect with other students and communicate with their teacher.

Unison will provide an “art on loan” bundle of art supplies from our studio specially picked out by the art teacher to help your child complete the projects assigned (Sign up now while supplies last.)

These will become available in the week leading up to class and are to be returned at the end of the 8 weeks.

*If we surpass 15 students, we will open up a second group for this class with the time breakdown as shown below:

Please indicate during check out which group you would prefer if this occurs.

Students are also encouraged to incorporate their own art materials at home along with their own ideas to the various projects.

These classes focus on the careful development of observational skills and drawing techniques, though a series of sequential exercises that are aimed toward improving one’s awareness.

Taught by Morgan Wells. Class curriculum will be based off of Lisa Chason’s popular & long-lasting classes.

Morgan Wells, a recent Suny New Paltz graduate, with a degree in art education is extremely excited to be an art Instructor here at Unison.

Morgan’s hope is to encourage students to think about art in new ways, test her students’ creativity to bring it to a new level, and of course have fun! Morgan has taught all levels of art; kindergarten through 12th grade. She is affiliated with Dia: Beacon Museum, giving tours and talking with customers about the art collection and more!

“These sessions are not classes, rather they are a community space for makers to work on projects together. Hosts may give tours of their studios and demonstrations of their processes, while creating work and holding space for our community to gather and support one another. Join our zoom meeting with a project to work on (think: knitting, collage, drawing, painting, ceramics, sewing, poetry, daydreaming, sculpture, or cuddling your cat).”

To RSVP for an open studio session, CLICK HERE.

Note: This is a virtual experience. The location was included because a location is required to publish all events at this time.

$10 per family via Zelle or Venmo

I will be teaching a ZOOM teen cooking class on Wednesday from 2:00-3:00pm EST. We will make Pavlovas.
PLEASE RSVP! YOU CANNOT JOIN WITHOUT BEING INVITED VIA ZOOM. PM me, text me or email me at katesonders@gmail.com so I can send you class login info. I will email the recipe out ASAP to those who RSVP so you have time to get groceries.

Join Miss Robbie for stories and activities each week. It’s fun, creative and introduces your child to the enchanting world of books.

Have fun exploring your creativity! Try fun flash fiction challenges in our judgment-free Zoom room. You don’t have to share what you write unless you want to!